If you had told the 25-year-old me that one day I’d be coaching women around the world how to create meaningful lives by increasing their self-worth, wealth, and impact, I wouldn’t have believed you. You see, at that time, I was at the lowest point in my life.

I had accrued massive credit card debt from reckless spending and was sleeping on a friend’s couch trying to dodge an unhealthy breakup. Meanwhile, I was also jumping from one unfulfilling job to another, hoping that one of them would make me feel alive and fulfilled.

My life was a Groundhog’s Day of lack and unfulfillment until a miracle happened.

Driving down a tree-lined, affluent street in my beat-up Honda, I was overcome with desire. I wanted what I saw – the beautiful neighborhood and house – a comfortable and meaningful life. As quickly as I desired it, doubt and inadequacy gripped my mind and told me that I was too broke and broken to have it.

I was used to hearing those thoughts (and I believed them), but that night something changed.

The moment I heard the voice of unworthiness, tell me I was destined to be small, I heard another voice – a divine whisper – say to me,

“You are meant for more.”

That whisper woke me up. I KNEW it was the truth. I felt it in my soul.

I vowed to never allow inadequacy and scarcity to get in the way of my dreams again.

I decided to pursue a more fulfilling career and devoted my time to increasing my self-worth and studying spirituality and manifesting.

Less than two years later, I transformed my relationship with myself, the Divine, and money. I committed to my soul’s purpose, doubled my salary, and became one of the youngest philanthropy executives in my field. A year later, my salary doubled again. Year after year, I set bigger and bolder financial and impact goals. Each and every time, I surpassed those goals within months of setting them.

Inspired to share my success with others, I went to seminary school and became a Spiritual Director and certified life coach for women. I watched as my coaching clients manifested their dreams too – launching their own businesses and foundations, tripling their income, and changing lives with their work and wealth while also spending lots of quality time with their families.

As I witnessed these incredible results unfold before my eyes and reflected upon my decades of work in wealth – raising over $100 million by partnering with and learning from the most successful women, public figures, and philanthropists –

a light bulb went off.

Not only was the world a better place because of the way these women used their gifts and wealth, but EVERY one of us – every wildly successful woman I had partnered with and coached – had these things in common:

The more we embodied (acted on, spoke, and believed in) our divine worth, the more our lives reflected it in the form of external wealth. That wealth then fueled our missions, dreams, and beautiful lives. 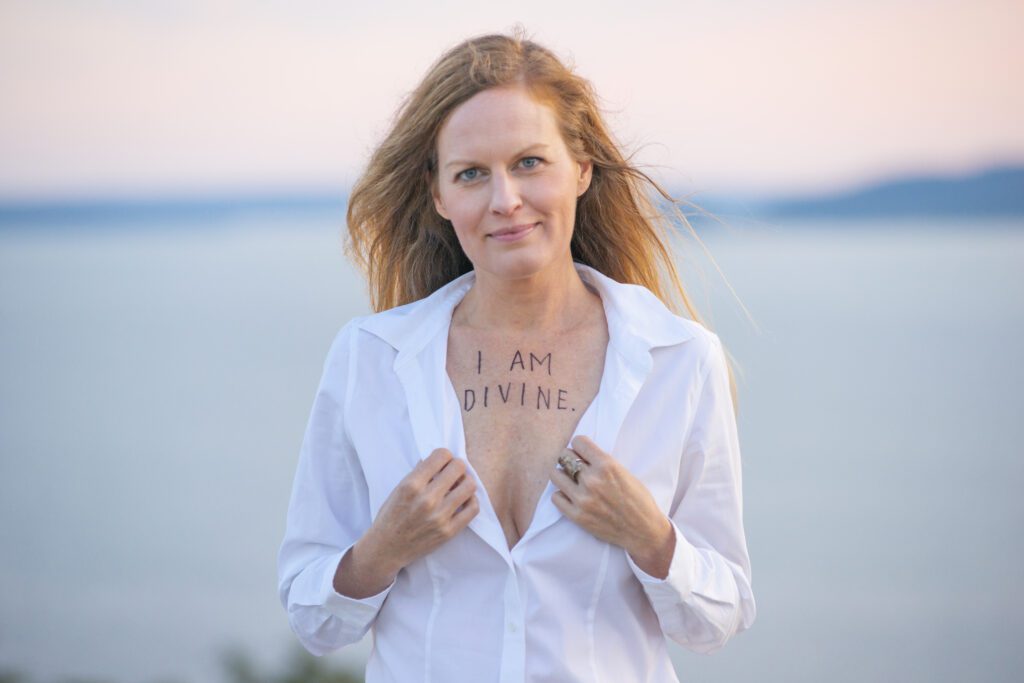 We weren’t master manifestors. We simply embodied the truth of who we were (and are).

That simple yet profound truth is now at the core of all of my coaching programs. Once you learn this, anything is possible for you.

If you’re ready to overcome the voice that’s been blocking you from your truest self, if you’re ready to thrive spiritually, personally, and financially doing what you love to do, let’s work together! Check out my programs and courses, sign up for my weekly inspirational message, or follow me on social.

I look forward to seeing you in our community!